Get fresh music recommendations delivered to your inbox every Friday.

It's not guns that kill people

from Punk Uncle by The Antipoet 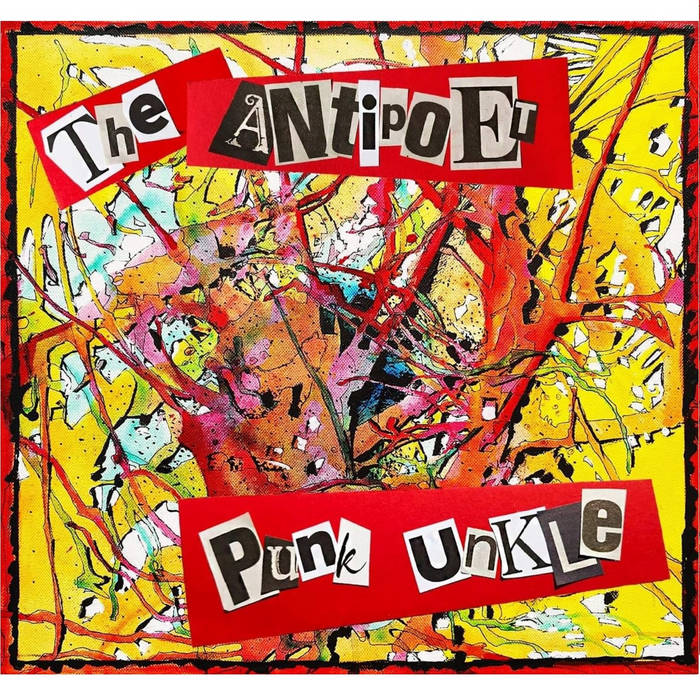 "constructed from the sayings and writings of members of the National Rifle Association in the US, irony is the closest to humour you’ll get on this atypical track. Loud hailer vocals against a soundtrack that is straight outta Gil Scott Heron."

IT's NOT GUNS THAT KILL PEOPLE...
"There's a difference between a BAD man and a GOOD man with a gun," (they say),
"when a GOOD man does his killing he doesn't do it for fun. (He's far more) sporting" , say The NRA,
"(he only) packs such armaments, (so he can) blow away the wildlife in pre-emptive self defence."
(Because 'The) American Constitution' it says, he's a right to go out armed, (though it doesn l t) seem to enshrine the public's right to go about unharmed;

to live their lives without the fear of a sudden, bloody end, at the hands of a tooled-up fruitcake with his liberty to defend.
"It's not guns that kill people," the murder happy claim, and neither can the humble atom bomb be apportioned blame. "It's the bad men who misuse these tools; hell, ain't it obvious?
(That's why) good people should own MORE guns, to defend the REST of us!"
But it's logic like this that provokes your average paranoid patriots,
3
to see enemies where there are none; to imagine threats and plots.
"They wanna take away our freedom,"
(they say), "put ideas in our heads;
"well thank the lord f' the licence t 'pump t em all full a lead!"
(They know that they' re) ten times more likely to be shot in the good ol' USA, than anywhere else in the world, that isn't a warzone, anyway!
(That the/ re) Eight times more likely to die by the bullet acc-ident-aly, and six times more likely to say:
"Fuck you all!" and go suic-ida-ly.
"It i s not guns that kill people," the arms dealers claimed, "any more than a nuclear war should see Einstein named' n shamed."
"It's just morons who misuse and abuse their caché of deterrents,
"you shouldn't blame our system, man, not the TV nor the parents."
"It's not guns that kill people," well, maybe that I s the case; or the bullets that I re fired from 'em, by the good ol' human race.
"People kill people" • the NRA again, but take away the guns, you twats and your loss can be our gain!
Yes, take away the guns, you twats and twelve thousand unnecessary gun deaths a year in America can be your financial loss... ...but the world's gain.

from Punk Uncle, released July 22, 2019
Words and Music by The Antipoet. Other instrumentation by Mark Gordon

"The Antipoet are at the forefront of the new movement; their material dripping with parody, takes poetry to a new level, with performances as memorable as they are hilarious"
Chris Wilson - The Stage

Combining the wit and wisdom of one of the finest performance poets with solo bass and the odd piece of gratuitous percussion to create the unique sound and spectacle that is The Antipoet ... more

Bandcamp Daily  your guide to the world of Bandcamp